We watch things on the VCR. (Still.)

I set up this configuration earlier this week and it still weirds me out a bit, seeing the VHS output on the iMac screen. 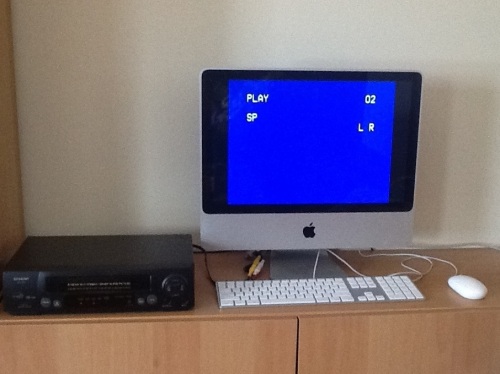 The gear is Elgato EyeTV Hybrid, a hardware and software video capture package that translates the analogue video to the digital monitor. It’s received mixed reviews, and it’s too soon to endorse it here (the video did start to lag and get choppy during one screening). I needed to set this up to watch the 1919 silent film Back to God’s Country for a student’s research project; the only version I could source is a VHS tape produced by the National Archives. The film is a fascinating cultural artifact of silent-era Canadian filmmaking … now format-shifted thrice, dragging the ghosts of media past into the digital present, and reminding us of the precarity of cultural history in an economy of planned obsolescence. 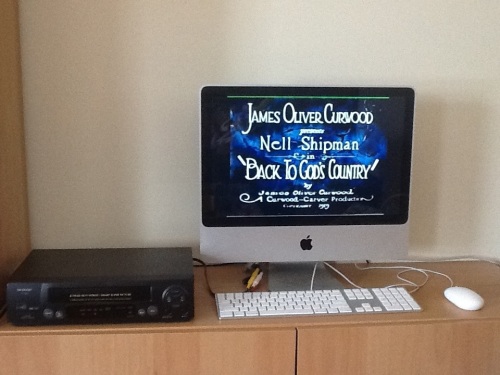 This entry was posted in mix and mash and tagged media, postaweek, remediation, technology, television. Bookmark the permalink.